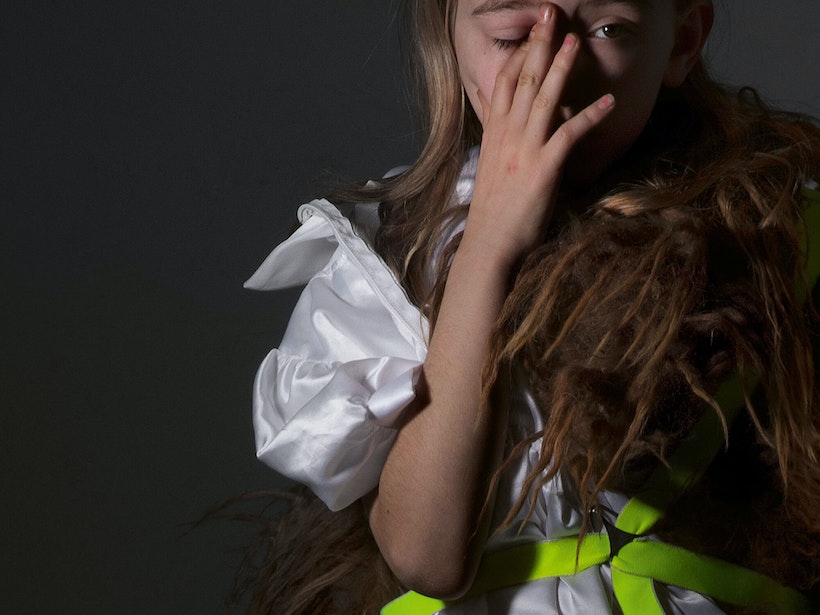 Clara Hermans
A creature accidentally ends up in a no man's land at the back of the theatre: the starting point of an adventure quest with Alice in Wonderland allure.

Suitable for children from 8 years old.

Among the old sets roam figures you have never heard of because they play no part in our stories: heroes who have fallen off their pedestals, invisible stagehands, characters who are often forgotten or hidden away. Dare to look?

Maxime Waladi began his trajectory as a player in a youth production by fABULEUS. Now he works under the wings of Inter:Action, Action Zoo Humain's trajectory for new creators, where he previously made the solo Le Chicon. In Wezen, Maxime shares the stage with an eight-year-old girl.

Suitable for children from 8 years old. 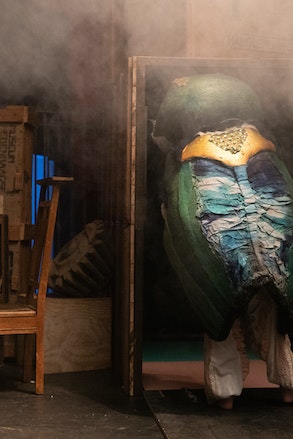 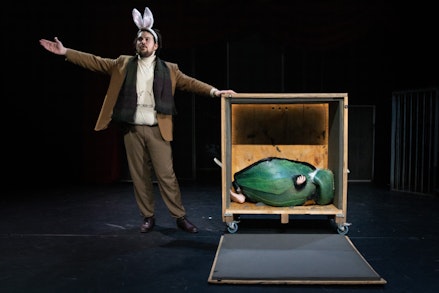 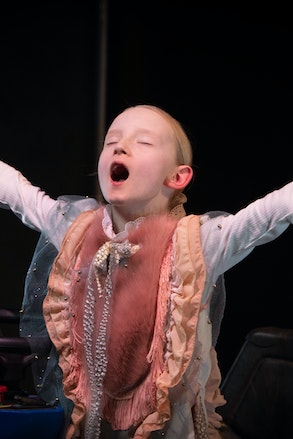 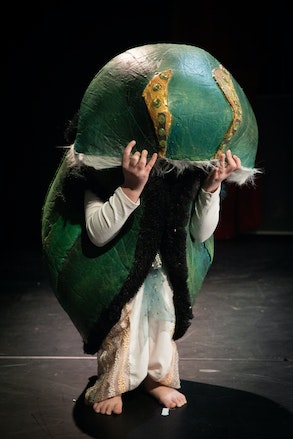