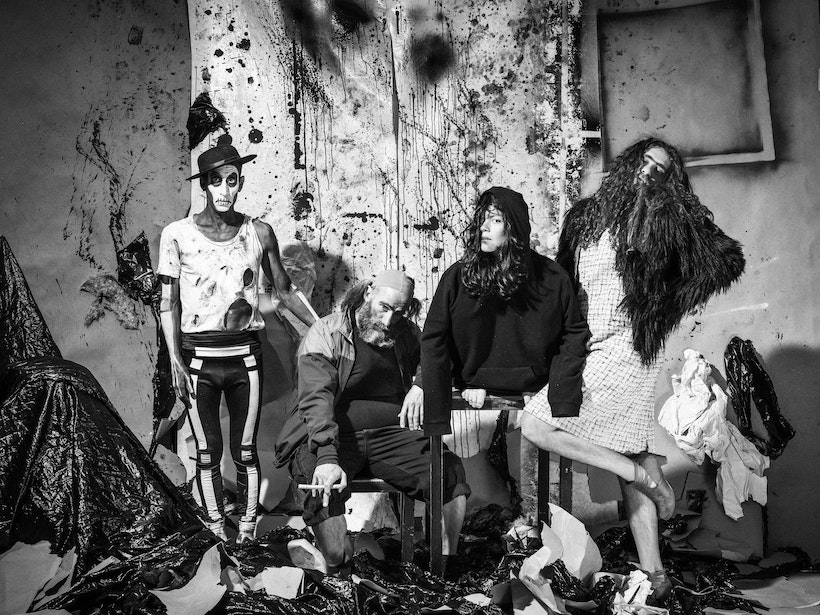 Basil Stuecheli
Choreographer and performer Martin Zimmermann brings together three marginalized characters to a place that is also on the periphery. Stumbling and getting up again, they try to build a life.

🤝 This performance is a co-presentation with arts centre VIERNULVIER.

In Danse Macabre  Zimmermann presents three tragicomical, fragile characters who have dropped out of the social norm and, find themselves in the same place at the same time in their distress. The stage set is reminiscent of an abandoned garbage dump where everything that is not reusable or degradable is discarded. In this godforsaken place the unlikely trio settles in to build a life.

Defying severe setbacks and difficulties between them, the three characters played by Zimmermann’s favourite performers keep getting back up, pulling themselves together and coming up with unusual solutions. Another strange figure hovers over this fragile community of fate: death. Played by Martin Zimmermann, it interferes in the stage action as a mischievous puppet master, but remains invisible to the characters.

The latter can therefore never be certain whether the disruptions and challenges they are constantly confronted with come from outside or whether they are part of their own history and inner world. In Danse Macabre  the characters struggle for their survival and the only thing that can save them is their humour.

"My humour is the laughable form of sadness"

The confluence of humour, magic and absurdity gives rise to the singularity of Martin Zimmermann’s artistic works. He creates whimsical, outlandish worlds for his pieces in which to stage his figures and bizarre objects. The ordinary is often extracted from reality and set in his parallel worlds, where it appears oddly misplaced and absurd. By wreaking havoc on conventions, challenging the customary and unearthing the hidden, he allows the improbable to emerge as plausible and prompts viewers to think differently.

"For all those who love perceptive absurdity, contemporary theatre and, ultimately, the great international artists"

🤝 This performance is a co-presentation with arts centre VIERNULVIER. 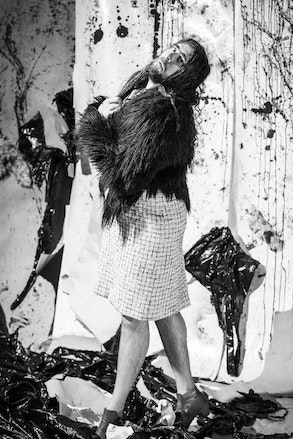 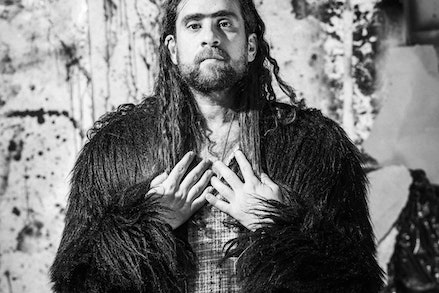 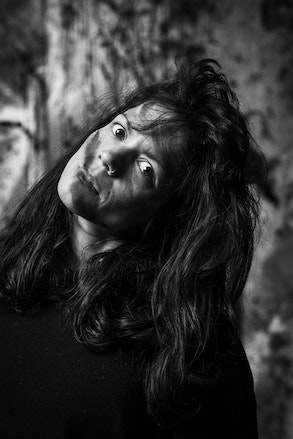 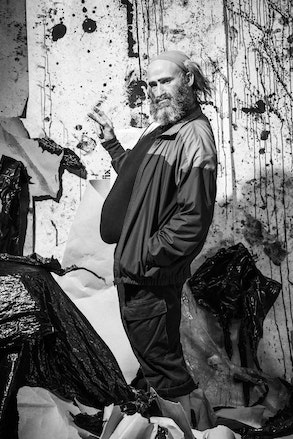 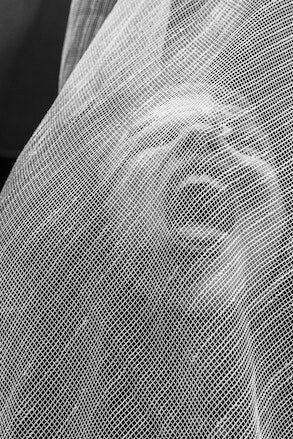 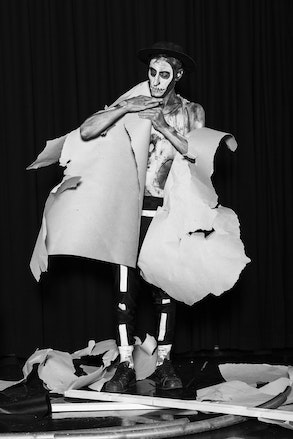 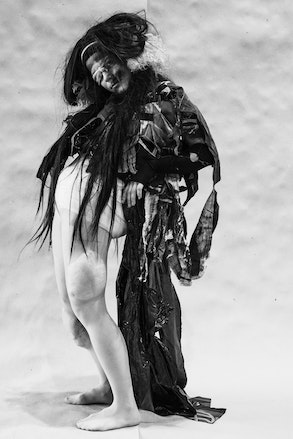 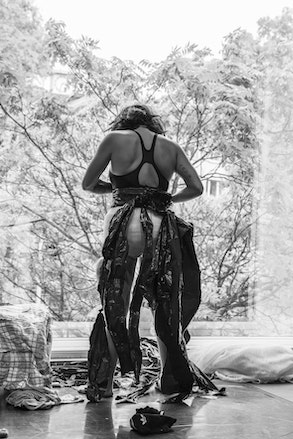 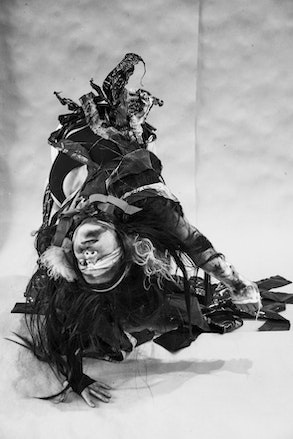 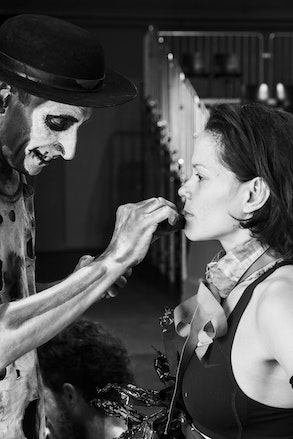 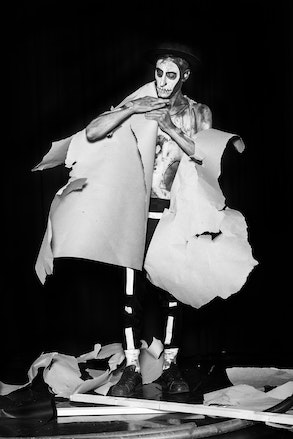 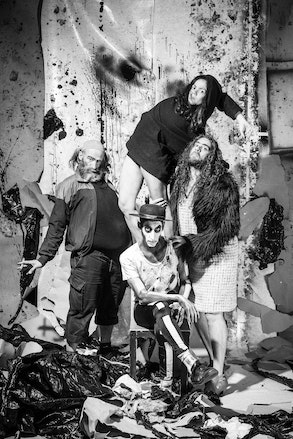