I put a spell on you Ehsan Hemat 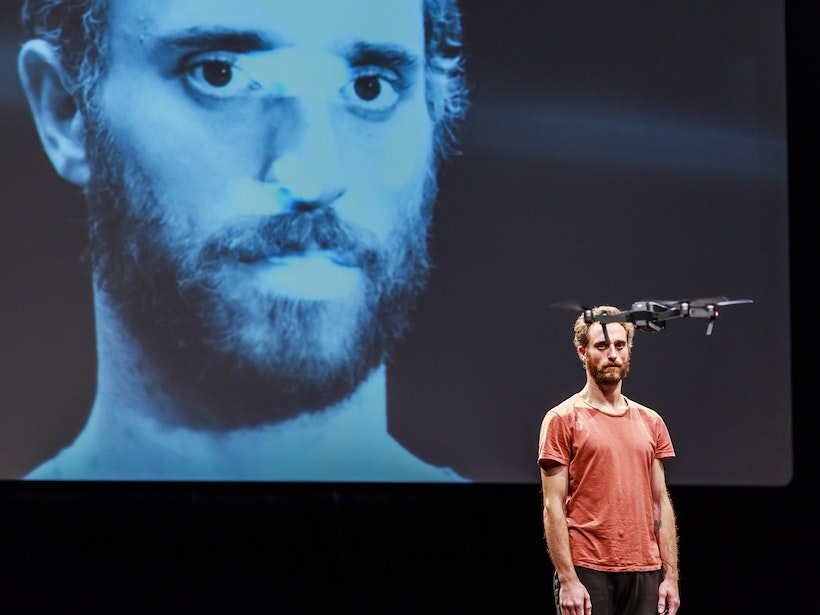 Julie De Clercq
Ehsan Hemat is an Iranian, Brussels-based dancer, performer, theatre maker and choreographer. 'I put a spell on you', a performance with three dancers and a drone, marks his first creation, which won the Best Choreography Award at the 37th International Fadjr Festival in Tehran as well as the 55th BITEF Grand Prix Mira Trailović award.

Ehsan Hemat's debut piece is an ambitious exploration of the effects of discipline and control on the human body. Do we realize how much we reveal of our privacy? What kind of scenario are we heading towards? I put a spell on you  is a dystopian vision of the future in dance and movement.

"Three dancers move in a dark world where everything and everyone is seen and controlled", journalist Ines Minten wrote about the play. "Mutual contact is ruthlessly punished. Every now and then a small, black drone flies onto the stage. Escape is impossible. One by one the drone scans the dancers. In an endlessly rolling series of data, she finds a match: their photos and personal data appear large on the screen. ‘Soon it will be my turn,' you fear. And you almost expect that she will also find out your data and throw it up for grabs."

"The performance articulates one of the key problems of today's world, which is drifting further and further away from humanistic ideals and becoming increasingly authoritarian: the problem of control and manipulation by technology and media", the BITEF-jury wrote.

Born in Shiraz-Iran 1980 Ehsan Hemat is a Brussels-based dancer, choreographer, performer and theatre maker. In the 22-23 season, Hemat is a guest twice at NTGent, also with the performance A in the role of B when C didn't make it. 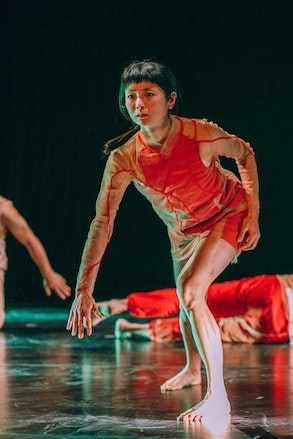 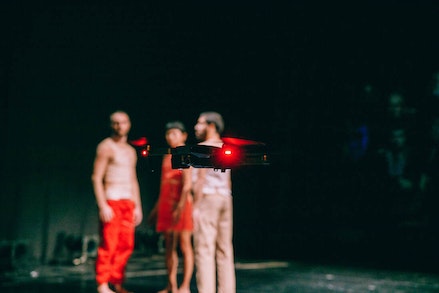 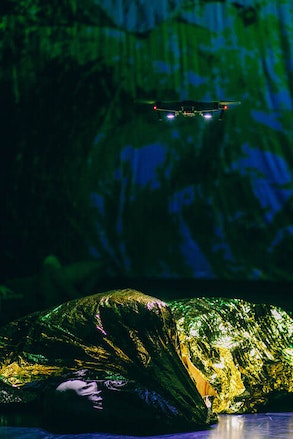 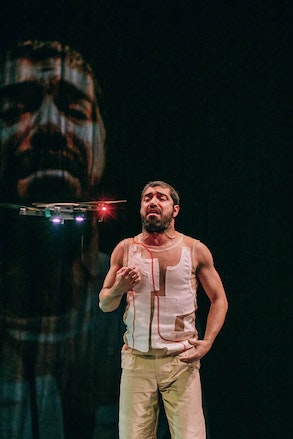