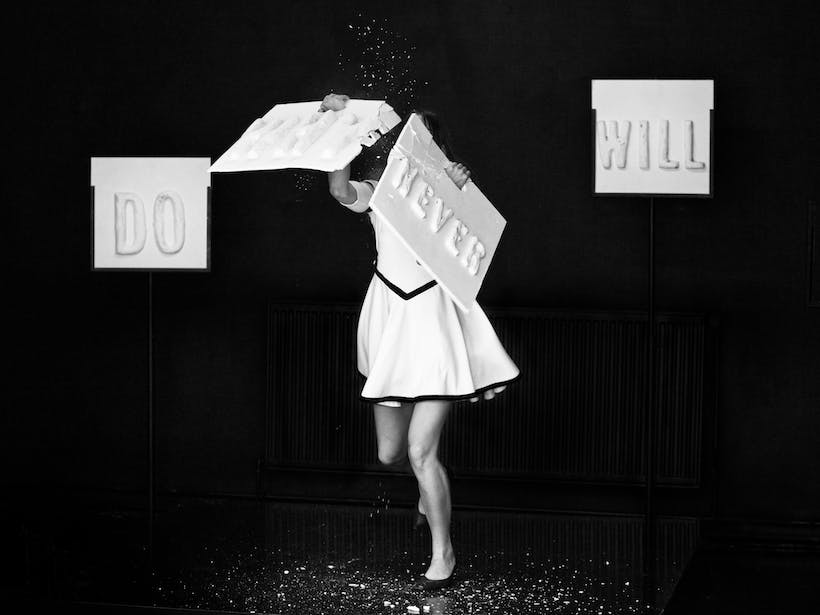 Reinout Hiel
With 'ONE SONG', the Belgian visual artist Miet Warlop is creating the fourth part in the NTGent series 'Histoire(s) du Théâtre'. This performance will premiere at the prestigious Avignon Festival in the summer of 2022.

✔ ENG spoken
✔ DUTCH surtitles
✔ Thanks to our Theatre Tablet you can also enjoy (from 04/10):

This performance will premiere on 8 July at the Festival d'Avignon. In autumn 2022 it can be seen at NTGent. Tickets for those performances are on sale as of 31 May.

What is your history as a theatre maker? At the invitation of NTGent, visual artist Miet Warlop formulates an answer as only she can. In the series
Histoire(s) du Théâtre she is the fourth director to accept the challenge of a creation in which present, past and future meet each other in an inspiring way – after Milo Rau, Faustin Linyekula and Angélica Liddell.

ONE SONG - Histoire(s) du Théâtre IV  is set in the unique universe of Warlop.
A group of performers enters the arena for a mesmerizing ritual about farewell, life and death, hope and resurrection. Together they go through extremes: through sung text, images and objects, oxygen and sweat, they evoke our condition humaine. Again and again, someone stands up to push their boundaries. They defy time and give expression to a deep human need: the moment when we can transcend our thinking body.

In ONE SONG, a co-production of NTGent and Miet Warlop / Irene Wool vzw, a history resonates that has both artistic and personal significance for Miet Warlop. Her reflection on theatre as an art form leads to a physical concept in which we recognize elements from previous productions. The ritual concert with a choreographic pattern was the basis for GHOST WRITER AND THE BROKEN HAND BREAK  (2018). The invitation to breathe together to exorcise our fears and demons, as we saw it in FRUITS OF LABOR  (2016), using the performance as
‘a painkiller for the world’.

It typifies Warlop’s artistic signature that such themes and motifs sometimes resurface years later: in her oeuvre, everything is connected, implicitly or explicitly. It is circular, like life itself, in many ways. The physical effort as metaphor is another element of the research that Warlop started in SPORTBAND / AFGETRAINDE KLANKEN  (2005), made at the time as a requiem and tribute to her deceased brother Jasper.

Through the metaphor of a live competition/concert, including a commentator and a cheerleader, Miet Warlop invites us to form a community and lift each other up, as in a celebration. The temporary thus becomes the universal, and the personal becomes something of the collective. That is the subtext of ONE SONG: how one song can give meaning to a whole society. Unity in diversity.

THE PRESS ON THE WORK OF WARLOP:

✔ "Fruits of Labour jumps to the rhythm of Miet Warlop's heartbeat and is a poppy, sparkling gift to a world where any kind of sparkle is in danger of being curbed" --- Focus Knack ****

✔ "Mystery Magnet is a gem that shows the consequences of certain choices, but is never rigid and that is exactly Warlop's strength. Time and again she breaks through the existing image" ---  Theaterkrant *****

with the help of

with the help of

✔ ENG spoken
✔ DUTCH surtitles
✔ Thanks to our Theatre Tablet you can also enjoy (from 04/10):

This performance will premiere on 8 July at the Festival d'Avignon. In autumn 2022 it can be seen at NTGent. Tickets for those performances are on sale as of 31 May. 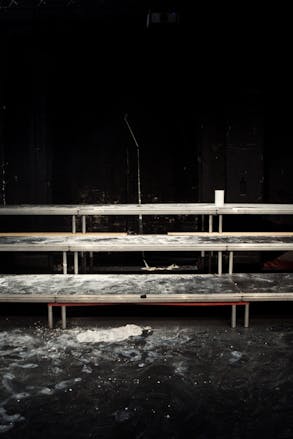 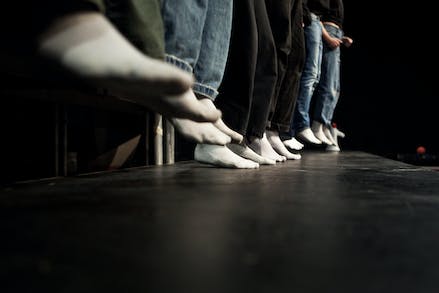