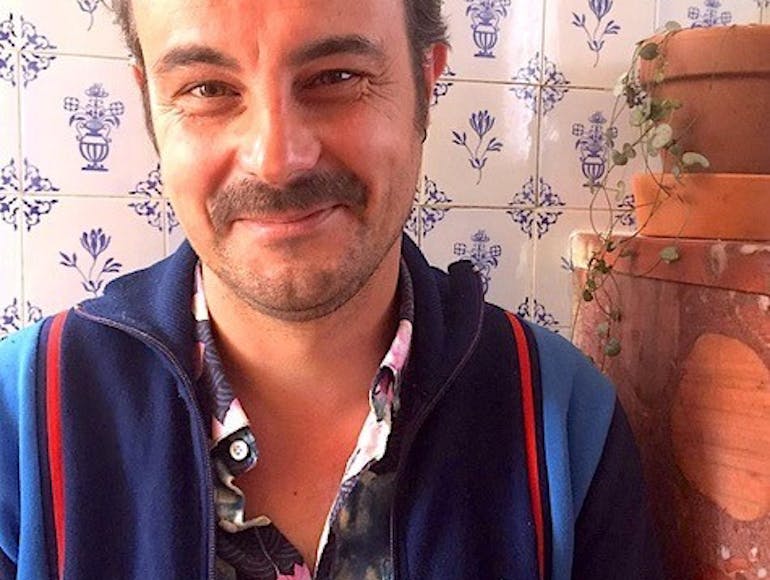 Valéry Warnotte (°1977, Belgium) is an actor and director. He studied art history at the Catholic University of Leuven. Later he studied theatre at Ecole Florent in Paris.

Warnotte has his own theatre company, L'Intervention, where he gave a stage to Claudel, Genet, Feydeau, Jarry with Ubu Roi and Marcel Schwob. He has also performed plays written by contemporary French writers such as Valère Novarina, Régis Jauffret and Pierre Notte.

In the United States Warnotte is active in universities and theatre companies. For the award-winning theatre company Trap Door Theatre in Chicago, the director made several performances. Me Too I'm Catherine Deneuve and Regarding The Just by Albert Camus were made in the US and went on tour in France. In New York and Paris he made Words to Animals, an Arabic and English adaptation of Novarina's famous work.

Warnotte is a member of the theatre collective DEREZO. The collective challenges the viewer to think critically and sees theatre as a means to make a political difference. Warnotte directed for DEREZO Microfictions and Les Habitants, a play in which many actors and citizens were involved. He was an actor in La Tempête, La Plus Petite Fête Foraine du Monde and Alice de L'Autre Côté.

Since 2020, he is resident artist in Le Manège in Maubeuge where he creates with Amandine Pudlo the performance Petit Boeuf-Passion,  as well as other adventures with the inhabitants of the French city.