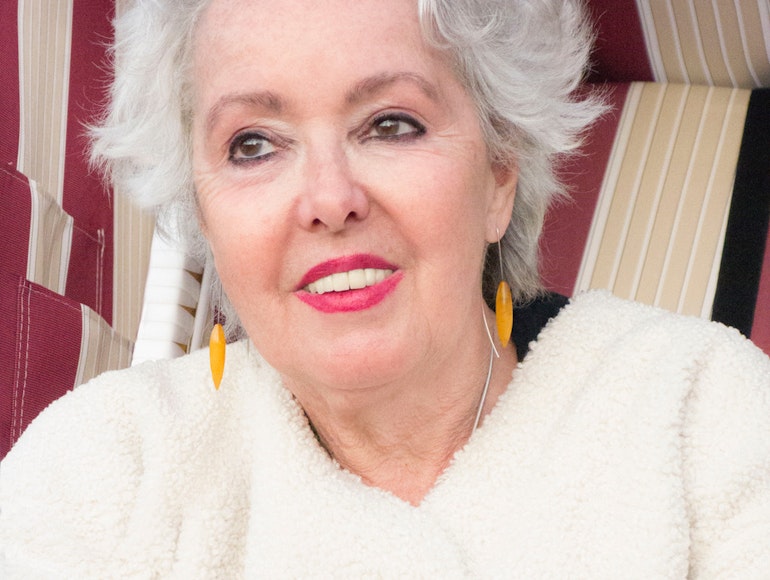 Margit Niederhuber was born in Linz, Austria. She studied Roman and German Philology in Vienna, doing her PhD thesis on the Literacy Campaign in Mozambique. Her Post Graduate studies were done at The Institute for Cultural Management, University of Music and Performing Art, Vienna.

She worked as a curator, producer and organizer in the interface between art, science and politics with civic movements like the Peace Movement and the Anti-Apartheid Movement and also with various feminist groups. Margit worked as a film director and dramaturg in documentaries with the ANC in Tanzania, in Mozambique and other countries,  eg. “Is The Devil Really a Child”, a documentary on child soldiers in Mozambique. In Mozambique she was project adviser to a nationwide  women's radio programme. She has participated in various research projects including :„The Gender of Politics”, "Women and Fascism”,  also "Africa - Women, Life and Culture". She was the curator and co-director of the festival „Her Position in Transition“ (2006), for the interactive exhibition Ke Nako Afrika (2010), for a Brazilian literature festival  (2014) and for the South African Film Festival Rainbow Memories (2015).

She has written books on Nairobi, Maputo, Johannesburg and Dakar showing the variety of life in different African cities. In 2005 she worked as dramaturg with the Mozambican theatre group Mutumbela Gogo with the writer Mia Couto and the director Stephan Bruckmeier – Schillers Räuber / Os Bandoleiros de Schiller, played in Mozambique, Austria, Germany and Switzerland. With Bruckmeier she continued working in Nairobi with the Hope Theatre and in Austria and Germany creating an Anti -Discrimination Revue.

2007 - 2009 she worked with Luk Perceval as a dramaturg for the documentary “Die Verborgene Stadt / The Concealed City”.
2020 / 2021 Margit is currently working again with Luk Perceval for Yellow. The Sorrows of Belgium.