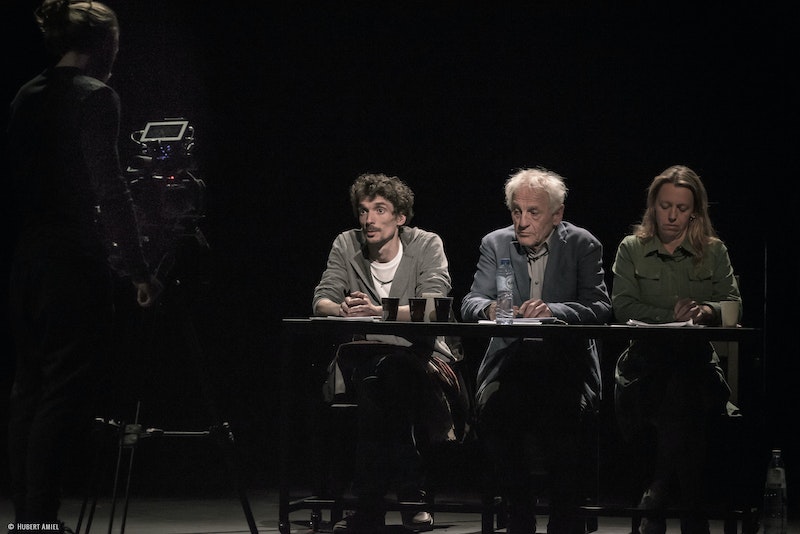 Previously La Reprise has been proclaimed by the New York Times as one of the best performances of 2019. The production is on an extensive international tour. All dates and locations here.

La Reprise. Histoire du théâtre I is directed by Milo Rau and reconstructs the murder of Ihsane Jarfi, gay and Muslim in Liège, 2012.

With this first part, Milo Rau introduces the series Histoire(s) du théâtre: a performative investigation into the oldest art form of mankind. Rau and his team return to the fundamental problems of their artistic work over the past 15 years: how to represent violence and traumatic events on stage? It is both a search for the core of the fundamentally tragic human condition and a celebration of the power of theatre. During the Festival of Avignon, part II of the series will premiere: Histoire du théâtre II, directed by the Congolese choreographer Faustin Linyekula.