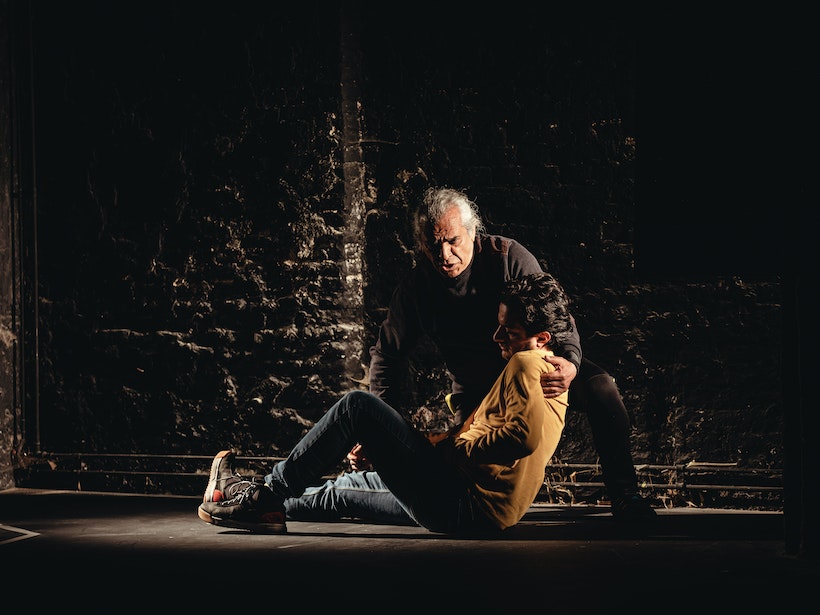 Michiel Devijver
Traversing the historical landscape of Iranian theatre, four men, a dancer, an actor, a writer and a director share a precarious stage that somehow holds together despite all disconnections.

By entering the hidden network of relations woven between its four performers this performance bids to make visible historical and professional implications of these connections but instead finds a deep, built-up disconnection.

Ehsan Hemat, born in Shiraz and based in Brussels for several years, came up with a concept where different generations meet on stage. He invited, among others, his uncle Asghar: a classically trained actor from Iran who, in his seventies, represents a very different spirit of the time than his younger cousin who now lives and works in Belgium. In this way the production becomes a reflection in time - of evolutions versus traditions within the arts, but also in life in general. 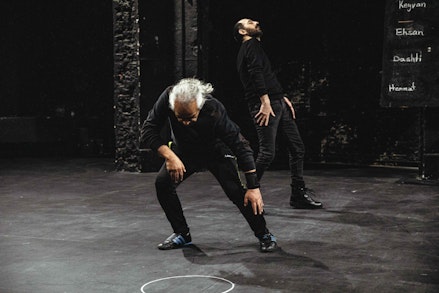 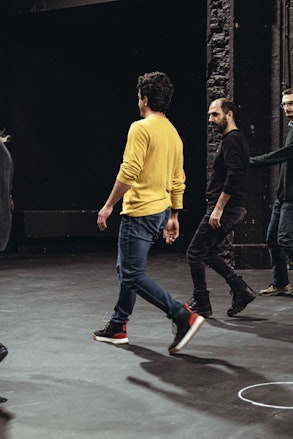