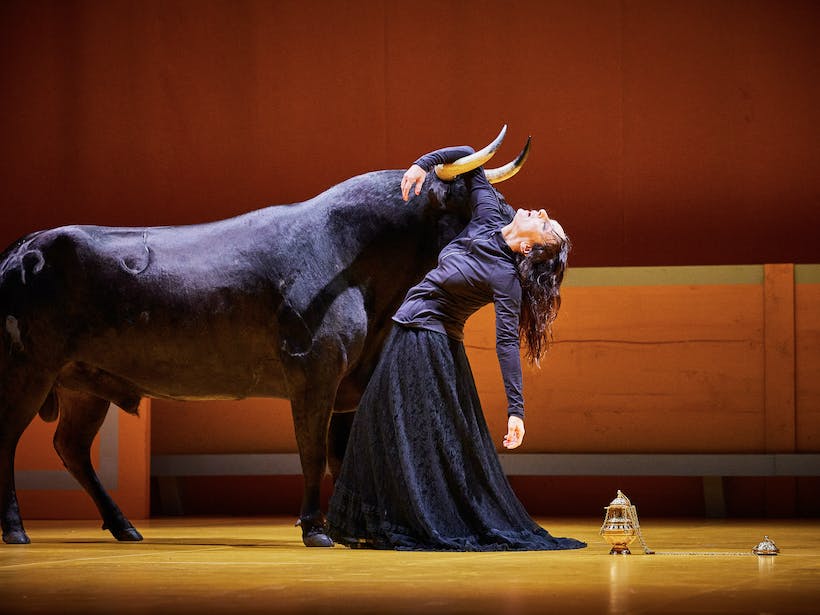 Christophe Raynaud de Lage
World-famous Spanish artist Angélica Liddell created 'Liebestod' at the invitation of NTGent. Never before has Liddell, who has been making visually stunning and radical theatre for 30 years, been seen in a Belgian production. "A two hour trip of in-your-face theatre with a phenomenal performer."

Some scenes may offend the sensibilities of the spectators.
The show contains explicit depictions of auto aggressive violence
WORLD-FAMOUS BUT WHY?

By bringing together revolutionary Andalusian torero Juan Belmonte and the music of Richard Wagner, Angélica Liddell gives voice to the origins of her theatre, to what she calls "a history of my roots, of my depths". 'Liebestod' is the third part of the series Histoire(s) du Théâtre at NTGent - a performative investigation of the oldest art form.

More than an art, bullfighting was for Juan Belmonte a spiritual exercise, elevating emotions into an infinite space, into eternity. This ceaseless research for tragic beauty, an attempt to communicate directly with the sacred, is present as much in the work of the bullfighter as on Angélica Liddell’s stage. “I’m always looking for the sublime moment, for transfiguration, for overflowing enthusiasm, for radiance and light, this lyrical transport which takes place when one loves”, Angélica Liddell says.

Nevertheless, Liebestod is not an epic of bullfighting; the show becomes an offering,a rite, a search: “it’s the work of a woman in love, a mortal woman. It’s also an immolation”. But it is also a criticism of the present time, that is increasingly losing touch with spirituality and transcendence in favour of a culture that focuses on reconciliation and consensus.

(read more after the quote)

Juan Belmonte (1892-1962), the "divine stutterer" from Seville, is considered to be the inventor of the spiritual bullfight. His slightly deformed legs obliged him to develop a new fighting technique: upright and almost motionless, he fought dangerously close to the bull’s body and became the greatest matador of his time, in legendary competition with his rival Joselito, who died in the bullring. Belmonte’s assertion that "The way you fight the bull is the way you are" sums up his philosophy. His suicide speaks of the "being no longer able to live" captured by the philosopher Emil Cioran at the height of his own despair. Sick with lung cancer, Belmonte took his life with a pistol in 1962.

Liebestod, the title of the climax of Richard Wagner’s 1865 opera Tristan und Isolde, literally means “love death”. The composer wrote the music for his own poetic rewriting of the medieval Celtic legend. The word 'Liebestod' refers to the theme of the eroticism of death or of “love till death”, with the idea that the consummation of the couple’s love takes place in death, or even after it.

(read more after the trailer)

Angélica Liddell brings both references together in her new work: Belmonte’s tireless search for tragic beauty and holiness and Wagner’s tragic consummation of love in death. Liddell conjures up the figures of the bull and the bullfighter and is reflected in both: she is simultaneously the lover and the beloved, confronting her darkest abysses, her furious passion and longing for death, insulting her audience and contemporary culture which has lost its connection to myth and transcendence. Liddell herself and her texts, in which she screams, stutters and whispers at love and death, are centre stage. With visually striking references to a Spanish bullring and the rituals of the Catholic church, the production is structured like a rite of incantation.

'Angélica Lidell no longer makes theater, she is theater'

Some scenes may offend the sensibilities of the spectators.
The show contains explicit depictions of auto aggressive violence 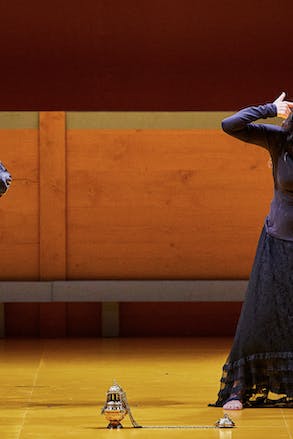 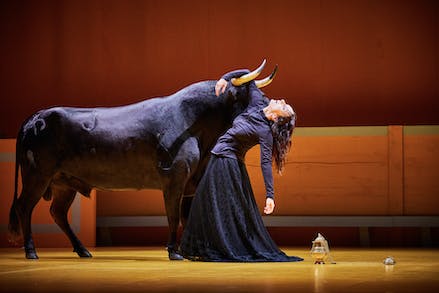 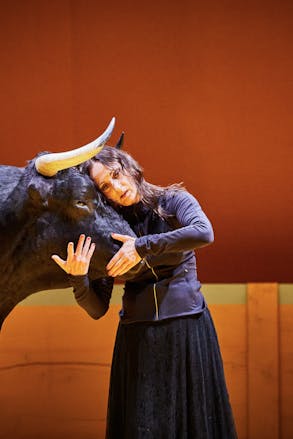 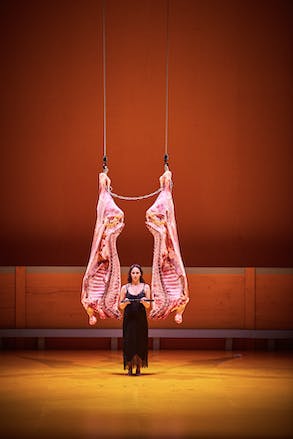 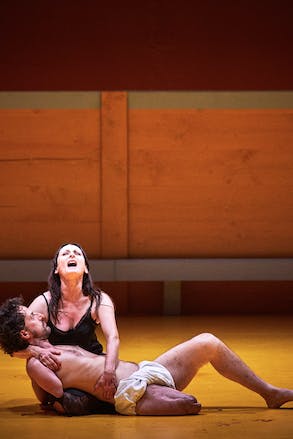