An Enemy of the People Olympique Dramatique/Toneelhuis 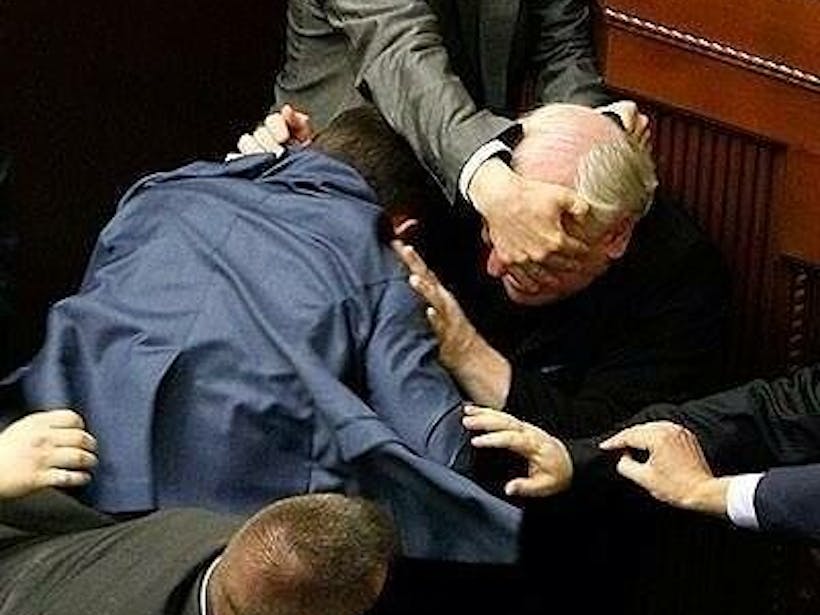 Yuriy Kirnichny
A doctor discovers that het waters of the spa in his town are badly polluted and make visitors mortally ill. For the common good, he wants to publish his findings. He turns to the local council to demand action.

His brother Peter Stockman is the mayor of the town. He has reservations. Going public with the news will have unpredictable economic consequences for the town. What is more, ordinary people will have to cover the costs.

The confrontation between a pugnacious idealist and a pragmatic politician ends in a municipal war between one person’s truth and the ‘common sense’ of the masses. Science versus politics. What is the truth worth? And how far will you go to defend your convictions?

Beneath this fight for the public interest, the rivalry and personal conflict between two brothers is brewing.

An Enemy of the People  (Henrik Ibsen, 1882) describes a social crisis that is also a family crisis. This wry, timeless comedy evokes acutely topical echoes of recent environmental scandals and whistleblowing close to home. It mercilessly exposes the manipulative machinations behind the scenes of decision making and the intrigues in the corridors of power.