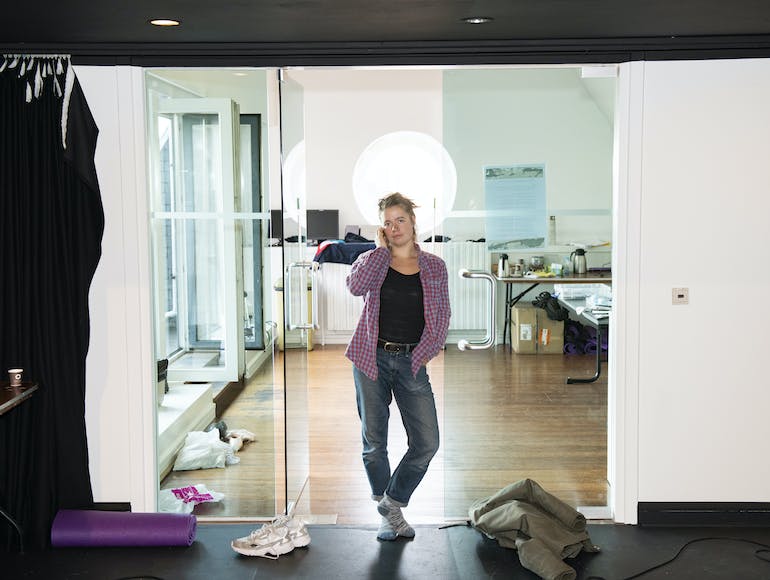 Laure grow up in Lille (FR) and at the age of seven years old she discovered the circus world at her primary school and since she never stopped. After few years of practice in a youth circus she decided to specialize in fixe trapeze and stated to take more intensives classes. At the end of her high school she went directly to the circus preparatory year of the CRAC of Lomme where she started and intensive acrobatic training. After this year she got taken in ACaPA / Academie for Circus and Performance Art (2012-2017) and spend four other years training on skills but also researching idea and clownish characters on stage. During all those years of being at school Laure has been trying to perform as much as possible to meet the audience and search deeper in the relation that she is trying to create with them. Her initial intention was to find ways to disrupt the traditional dramaturgical structure of trapeze acts. Completely reversing the circus logic of virtuosity; she developed a unique and specific movement language around the act of falling from a static trapeze. How to use failure as an esthetic in itself.

Since 2018 Laure has touring around Belgium with the new creation Swing from Circus Ronaldo.