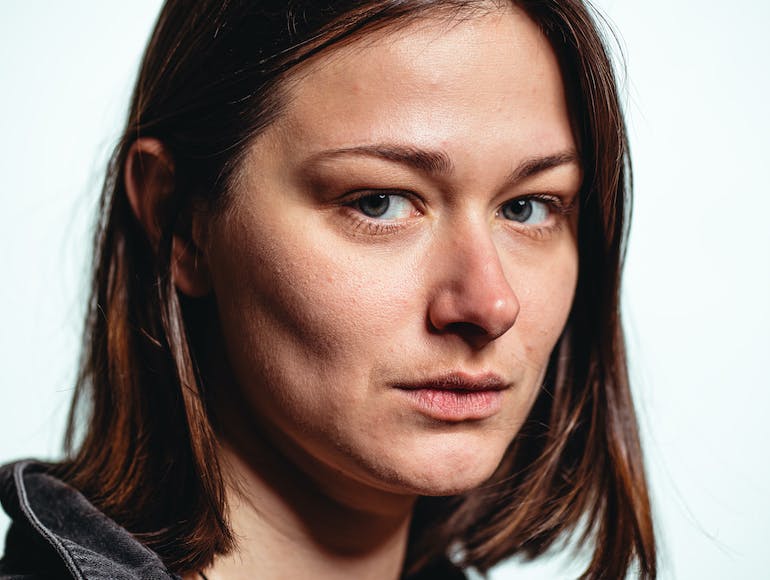 Maria Shulga is a Russian actress, singer and photographer. She is known for her roles in Leningrad 46  (2014) and Nastya  (2015), but also for her theatre performances. Among other things, Maria played Lady Macbeth in a performance by director Luk Perceval. For this role she received a nomination for the Golden Sofit, a prestigious theatre award in Russia.

Since her role in Macbeth, Shulga has often worked with Perceval. She had a role in The Grapes of Wrath, Rosa oder barmzige earde, Romeo&Juliette and Long Day's Jouney into Night. Since the 2020-202 1season, she is part of the cast of The Sorrows of Belgium, the trilogy Perceval is creating at NTGent. Shulga also played in the film version of part two, Yellow, that was selected for Theaterfestival 2021. Shulga can also be seen in part three, Red: The Sorrows of Belgium III: Holy War, which premieres in April 2022.