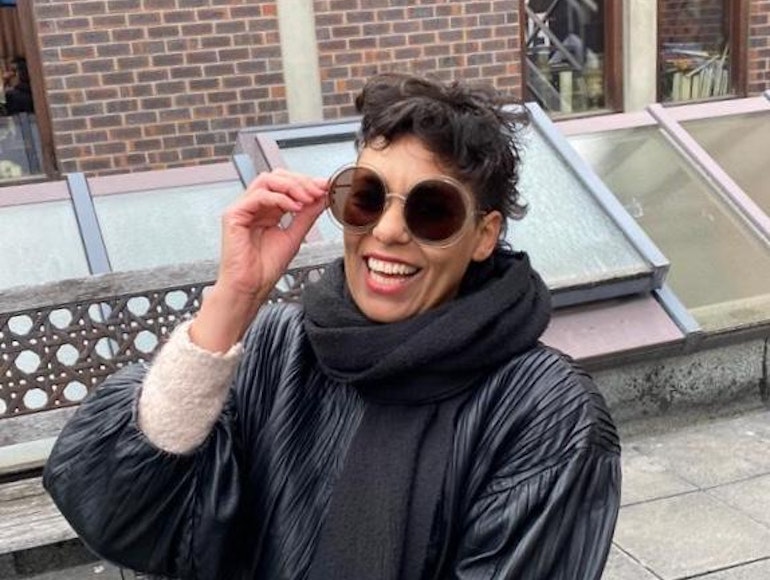 Luanda Casella is a writer and performer trying to rescue the art of storytelling from its mediatized doomed destiny. Her research focuses broadly on the role of literature in the development of critical thinking; the ways in which individuals relate to narratives to create a sense of identity, to form their opinion of the world and ultimately protect themselves. By examining rhetorical concepts through humor, her work exposes language constructions, exploring unreliable narration in fiction and in everyday communicative processes. During the last few years, she has been studying 'the rhetoric of deception', investigating the use of storytelling in communication media, institutions, and politics.

As a writer, Luanda has always been passionate about postmodern literature and all forms of experimental prose where fictional elements are incorporated in narratives with the same relevance as real facts. She calls them ‘radical prose experiments’ that invite audiences to share the process of producing meaning as a political and aesthetic gesture.

In 2018, she was on stage at NTGent with Short of Lying, for which she won the Sabam Jong Theaterschrijfprijs. In Short of Lying, Casella makes use of narrative strategies to mislead the audience, while exposing those very same strategies.

In 2021, Luanda premiered at NTGent with Killjoy Quiz. In this play, she explores the linguistic nature of violence and resistance. The performance takes the form of an 'innocent' television quiz to strike hard at prejudice, deceptive language, sexism and paternalism. In 2022, Ferox Tempus - Terror at its best will follow, a solo performance about carbon-neoliberalism and the end of the world.

Luanda is an educator at KASK Conservatorium. She’s also been a guest in the following programs: DAS Theatre (Amsterdam), a.pass (Brussels), KABK (The Hague), PARTS (Brussels), amongst others.