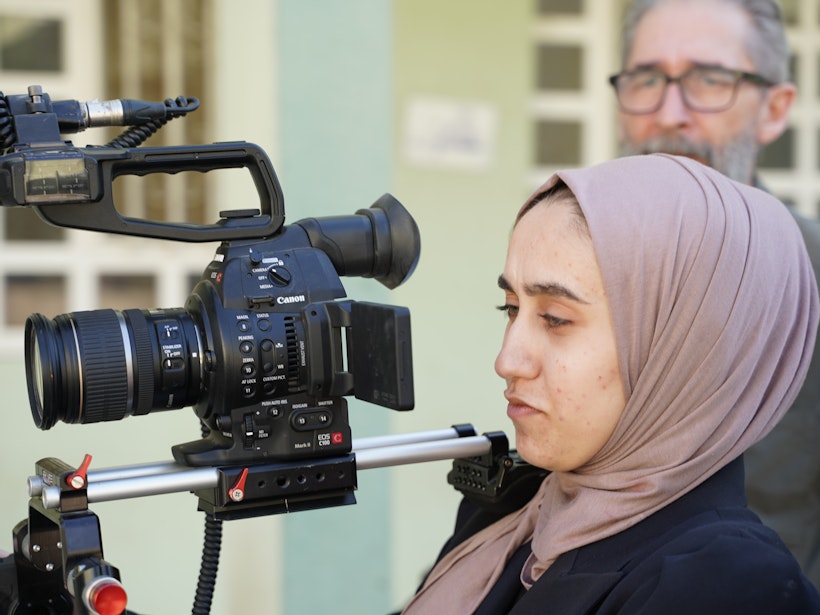 After years of preparation, the Institute of Fine Arts in the war-thorn city of Mosul has started a structural collaboration with the Belgian theatre house NTGent for the creation of a Film Department. An ambitious project supported by and part of the UNESCO-program “Revive the Spirit of Mosul”.
FOLLOW THE PROJECT ON FACEBOOK

“Helping to create a Film Department in Mosul might seem like an exceptional move for a European theatre house”, says Milo Rau, artistic director of NTGent. “And in a way, it really is. On the other hand, this is a logical next step in a collaboration that has been going on for years. For NTGent, sustainability is a very important value. This also means leaving something behind in the places we visit. In this case: creating new cultural opportunities in a devastated city.”

In Summer 2016, Milo Rau and his team travelled for the first time to Kurdistan and North Iraq for the play Empire, the third part of the Europe Trilogy. At that time, Mosul was not liberated yet, but Rau and his team already tied relations with producers and artists in Erbil and other cities in the region.

When Mosul was liberated, the team returned and started working with the Institute of Fine Arts in the completely devastated city of Mosul. Between autumn 2018 and spring 2019 they created the first collaboration between the Institute and NTGent for the play Orestes in Mosul  that toured the world, raised awareness for the needs of artists in North Iraq and was the starting point for a first series of structural exchanges.

After another two years of preparations, the Institute of the Fine Arts and NTGent now start a new structural collaboration, supported by and as a part of the UNESCO Revive the Spirit of Mosul  cultural program. This program is funded by the European Union and aims to create employment opportunities and contribute to social cohesion through rehabilitation of historic houses and revival of cultural life in Mosul and Basra.

(read more after the quote)

“This collaboration allows us to develop the capabilities of students as well as teachers, but it’s also a chance to tell the whole world about the reality in the city of Mosul”

For the building of the Film Department in the Institute of Fine Arts, twenty students, girls and boys from Mosul, will join a four month course that will introduce them to the process that leads from an idea to a finished film. As a final objective, nine short movies will be made, entirely set and shot in Mosul, and realized autonomously by the students.

In an attempt to make the bound between the Institute of Fine Arts of Mosul and NTGent even tighter, an Iraqi-Belgian team of film teachers has been created: Suleik Salem Hussain, director of the Institute of Fine Arts in Mosul, and his collaborator Sardar Saeed, together with Susana AbdulMajid, Eyas Almokdad, Daniel Demoustier, Johan Leysen, Ioana Mandrescu and Marijke Pinoy. In October 2021, some of the teachers will travel for the first time from Europe to Iraq. Three more trips are planned in November, and in January and February 2022.

"AN ANSWER TO THE MORAL QUESTION FOR PRIVILEGED ARTISTS IN PRECARIOUS AREAS: HE WHO TAKES, MUST GIVE" 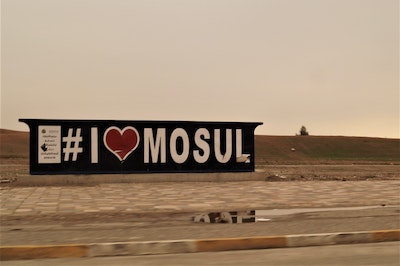 The teachers have developed a program divided in five phases, each dedicated to one of the main steps of a film production: brainstorming, scriptwriting and gaining insight into the field of movie production and organization, shooting, editing, and presenting the results to an audience in Mosul. Regular, constant, updates will accompany and document each phase of this apprenticeship of filmmaking.

Outcome of this five-phases process will be to leave all the technical equipment used by the students to realize their films in the Institute of Fine Arts. The same tools that have been employed for the learning process will thus become the concrete fundaments of a Film Department dedicated to the young generations of Mosul. But even more important, the knowledge that will be achieved by those twenty boys and girls in the coming months will mark only the beginning of structural film teachings at the Institute. 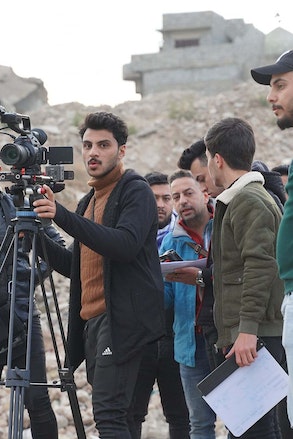 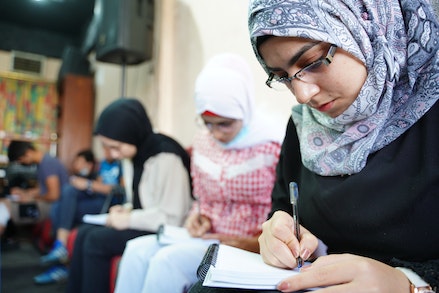 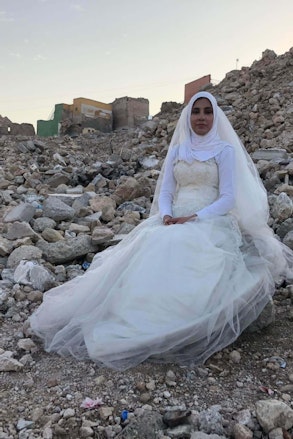 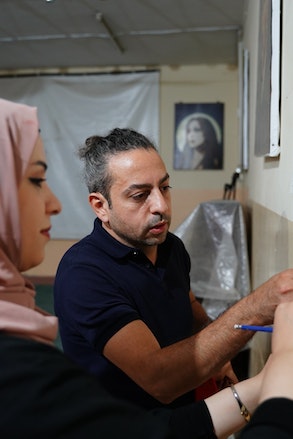 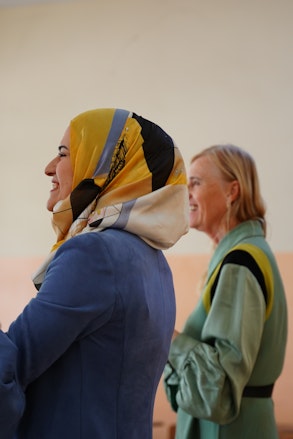 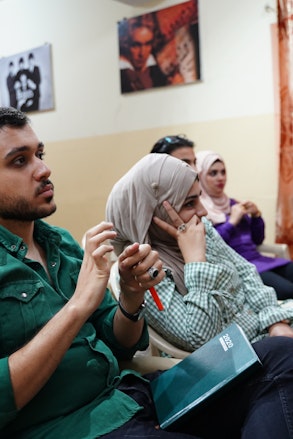 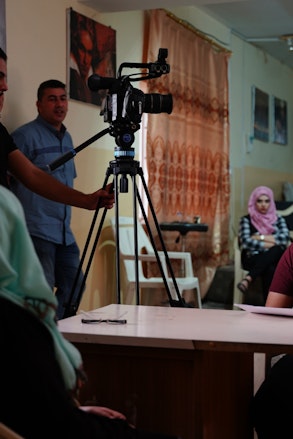 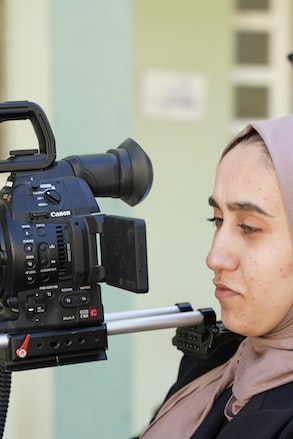 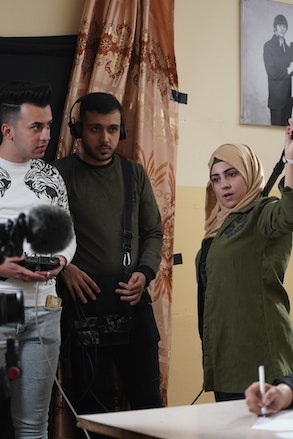 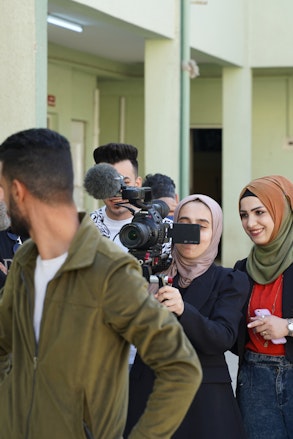 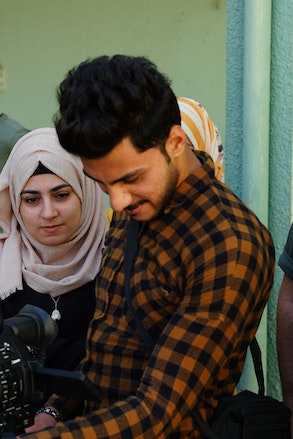 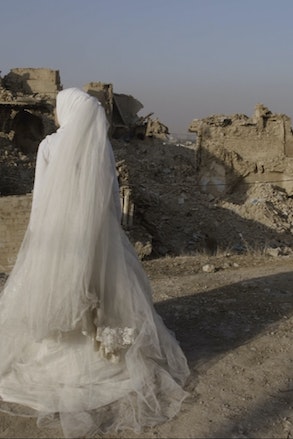 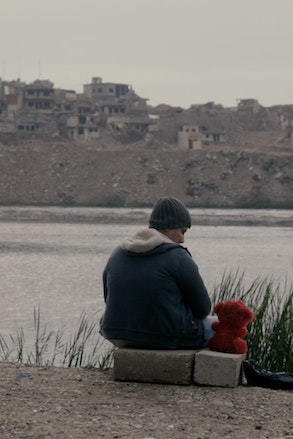 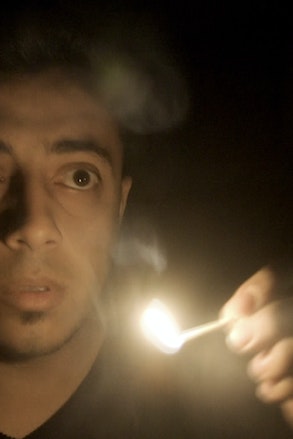 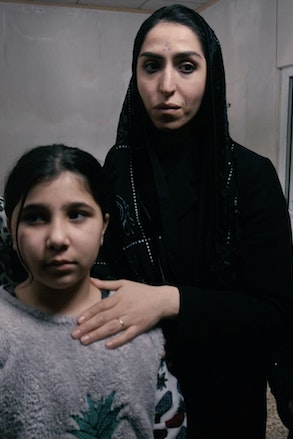 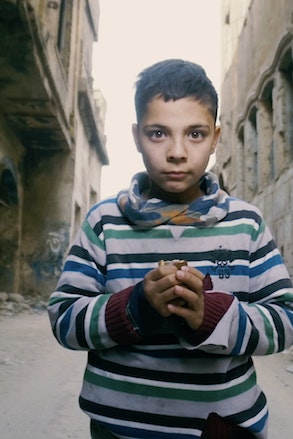 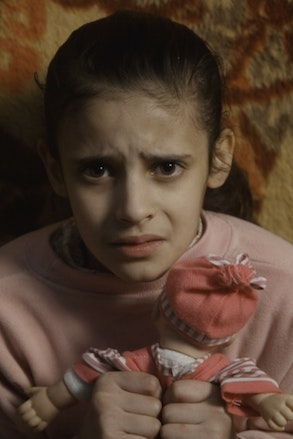