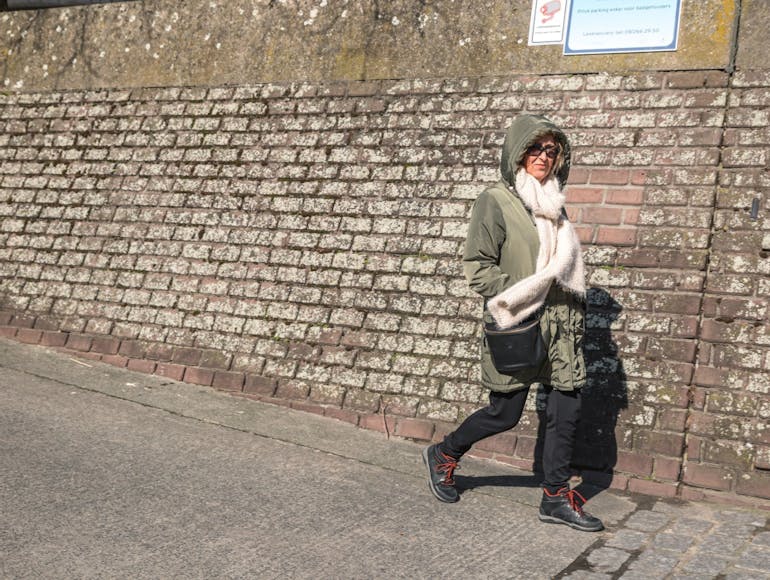 Chris Thys, born 1954 in Zonhoven, studied drama at the Conservatory of Ghent and followed internships in method acting in Italy, Spain and the United States. Immediately after her studies, she started working at the then Theater Arena in Ghent. Afterwards she moved to NTG in Ghent and KVS in Brussels. In 2011 she joined the NTGent ensemble.

Chris Thys also enjoys working with amateur companies as a director and has taught as a drama teacher for a long time. She has been performing in dozens of productions, including Woyzeck, the Rocky Horror Show, Uncle Wanja, Peter Pan, Mario ga opendoen, Othello, Quartet, MacBeth and Andromache.

In recent years she has performed with NTGent in Een Bruid in de morgen, Tartuffe, De ideale man and Elektra. She has travelled around the world with En Avant, marche! (a collaboration with les ballets C de la B) and was in De Vreemden and Menuet.

During the 2018-2019 season she worked with director Milo Rau for the opening production of NTGent’s Lam Gods and with Luk Perceval for Black. In the season 2019-2020 she will play in Yellow, the second part of The sorrows of Belgium.

BLACK - The Sorrows of Belgium I: CONGO