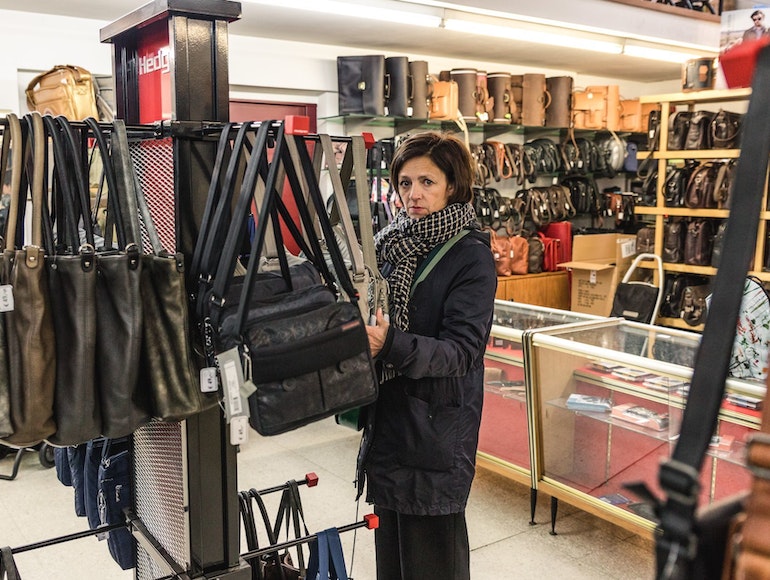 Els Dottermans, born 1964, studied at Studio Herman Teirlinck. She performed with the Blauwe Maandagcompagnie in De Meeuw (The Seagull), Zomergasten (Summer Guests), Wilde Lea (Savage Lea), Joko, Vrijen met Dieren (Sex with Animals) and Ten Oorlog (To War), among others. She made the switch to Het Toneelhuis where she was in Marieslijk by Jan Decorte, Brandbakkes, Mamma Medea, Push Up 1-2 and Macbeth. She also regularly performed with De Tijd (Vier Zusters and Trilogie van het Weerzien).

On television she was in Klein Londen (Little London), Klein Berlijn (Little Berlin), Moeder waarom leven wij? ("Mother, why are we alive?"), Congo, Flikken (Cops), Rupel, Witse, Oud België (Old Belgium) and Loslopend Wild (Stray Game), among others. She was in several films such as Meisje (Girl), De Zaak Alzheimer (The Memory of a Killer), De Kus (The Kiss), De Indringer (The Intruder) and Dennis van Rita (Rita’s Dennis). She has been awarded several prizes including a Golden Calf for Best Actress for her television role in Beck, and the prize for best actress at the Shanghai Film Festival for her role in Dennis van Rita.

In 2005 Els made her NTGent debut with Platform and acted with Jan Decleir in Een totale Entführung (A total Abduction). She worked on the production of Tien Geboden (Ten Commandments) parts 1 and 2, Kasimir and Karoline. With Wim Opbrouck she sang Ik val… Val in mijn armen (I fall... Fall in my arms), and made another music programme with Was will das Weib (What does that women want). She was in Aida and in Een bruid in de morgen (A bride in the morning).

Since a new artistic wind is blowing in NTGent, Els has already been seen in Compassion by Milo Rau and in the second season she can be seen in Wie is bang.