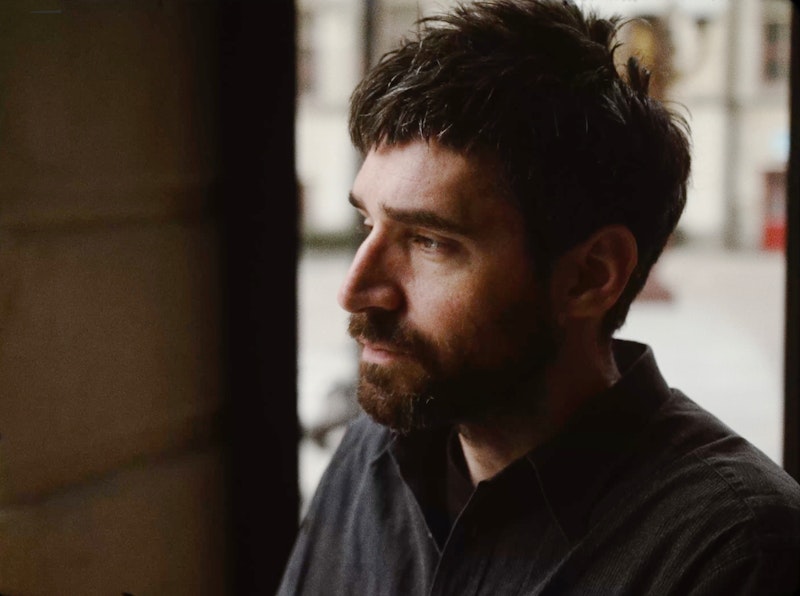 | 29 November 2022
This season, NTGent welcomes a new theatremaker: the Swiss director Thom Luz. After causing an international furor with plays such as 'When I Die' (2013) and 'Girl from the Fog Machine Factory' (2018) — two productions that toured the Belgian theatres as well — he will soon begin to work on his debut on ­Belgian soil: ­'Maison Maeterlinck / Theater Immobiel'.

‘Belgium always seemed to be a theatre paradise to me', Thom Luz ­enthuses, when we ask what has brought him here. ‘Whenever we got the chance to see a play from Belgium in Switzerland, it would be something fantastic, wild, and unexpected. Our Swiss brains used to explode.’ Now he has been invited by NTGent to make a play here himself for the first time.

Luz has dived straight into local theatre history, and Maurice Maeterlinck has caught his eye. This winner of the Nobel Prize in Literature from Ghent published many plays and theories about theatre that fascinate the Swiss director: ‘For example, Maeterlinck was convinced that theatre should be completely “silent” in order to express the greatest emotions and truths. No loud monologues or expressive acting, but stillness and silence. That was his théâtre immobile.’ Luz understands Maeterlinck’s vision better than anyone: his own theatre practice is also based on slowing down and falling silent. His new play will be no exception. ‘It will be about things that move more slowly than what we are used to. Like a glacier: ultimately it moves too.’

The working title of Luz' new play at NTGent is Maison Maeterlinck/Théâtre Immobiel. In his reading of Maeterlinck's oeuvre, houses play a crucial role. For example, he wrote a drama titled Interieur, about a family locked in a house, fearfully hiding from an unnamed threat that looms in the garden. His oeuvre itself is like a house in a way, full of doors that lead nowhere and stairs that reach upwards forever. That's why we came up with the title, Maison Maeterlinck. It's a pun on the Dutch word for immobility, 'immobiel', and real estate, 'immobiliën'. (read further after the video)

Luz is so attracted to Maeterlinck's work because it is full of 'impossible claims'. For example, the Ghent playwright believed it should be forbidden for an actor to play a role on stage. 'Because as soon as an actor plays Hamlet, he "murders" the Hamlet that the reader has constructed in their mind', Luz explains, paraphrasing his source of inspiration. 'So actually Maeterlinck is saying that nobody should be allowed to stand on stage. It's like forbidding clouds to be in the sky. It's impossible, and I'm curious about what it might mean. Because ultimately it asks a question about our humanity. If the whole world is a stage and Maeterlinck says nobody is allowed to stand on it, what are we doing on this earth?'

Luz will only be using a single actor for this production. In contrast, there will be four musicians. Musicality is one of the ongoing themes of his theatrical oeuvre. When we ask why that is, the bells of St Bavo's Cathedral start to ring. 'That's exactly what I mean", he says, laughing. 'Music often comes at times when you don't know what to say. I don't know why it plays such an important role in all my productions. What I do know is that music helps us to explore areas we would not be able to explore otherwise.' (read further after the quote)

"I'd rather be called a magician than a fraud"

As a symbolist, Maeterlinck was equally interested in these apparently unexplorable areas. 'His work is almost magical', Luz says. That is also a description that fits his own practice. The press has been known to refer to him as a 'theatre magician', an unofficial title that makes him laugh. 'I'd rather be called a magician than a fraud. Magic is all about the unexpected combination of symbols. The main thing that interests me is when theatre can change something about the way I look at the world by means of that unexpectedness. There are many debates today about what theatre is, can be, or should be. Maeterlinck gives us a magnificent answer: he reminds us that theatre is always useless and that the most valuable things in life are the most useless. I find that very inspiring.'