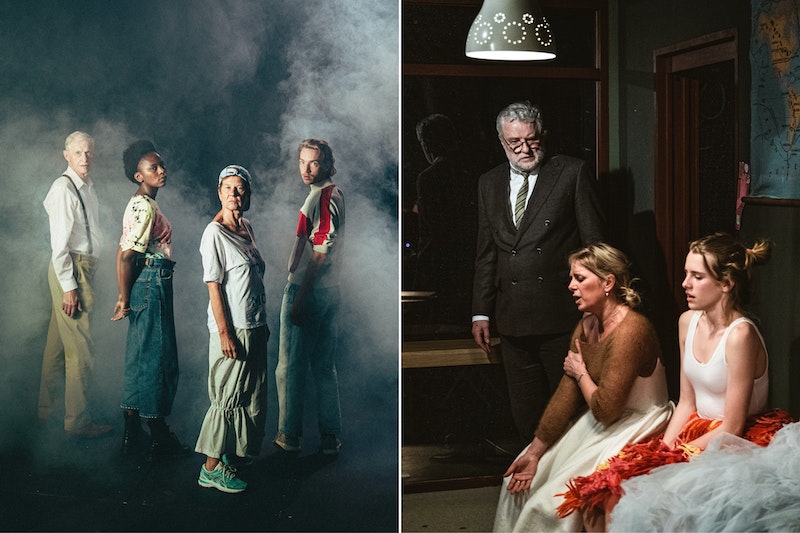 NTGent sets up camp in Paris!

NTGent sets up camp in Paris at Théâtre La Colline during January and February with the first and second part of Milo Raus Trilogy of Private Life: Grief & Beauty  and Familie. Both plays created by NTGent artistic director Milo Rau are staged in the French capital between January 19th and February 19th. The well-known Théâtre La Colline focuses on the work of Milo Rau during this period.

Familie  is an experiment, an ethnological study of today's private life, an exhibition of the everyday: on stage we see the house of the family Demeester – or is it the house of the family Peeters/Miller? Together they reconstruct the mysterious case of a family who hanged themselves, following the journey of their own family, questioning the construction of family as the cell of life and origin of our world today.

How do we face death in life and at its end? How can we grief and say farewell? Can death be represented on stage? In Grief & Beauty, Milo Rau and his team tackle a theme that has been at the heart of Rau’s work for many years: the question of farewell, grieving and death, but also of memory and solidarity in the face of the final moments.

'Familie' is an unnerving and hearthbreaking celebration of the ordinary. A dark, secular mass. ⭐⭐⭐⭐⭐

'Grief & Beauty' is a universal tale of life and death, and how the one springs naturally from the other. ⭐⭐⭐⭐⭐

De Volkskrant
back to overview