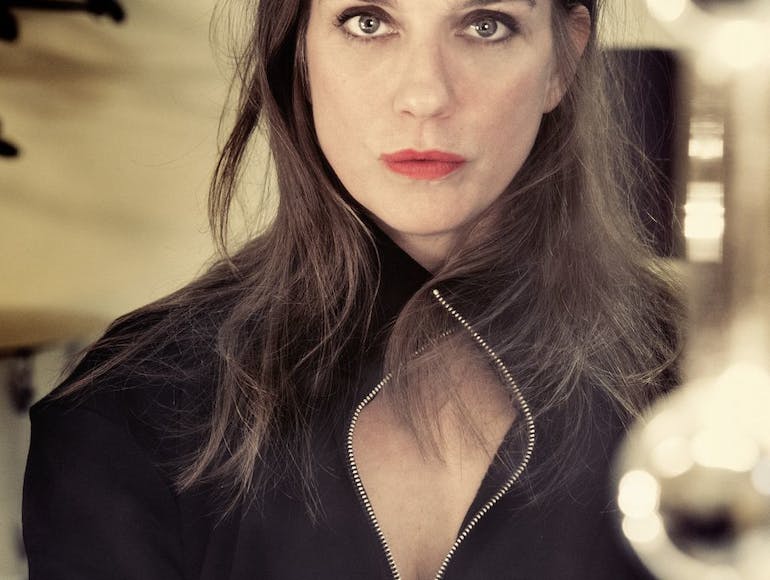 Miet Warlop is a Belgian visual artist, born 1978 in Torhout, She lives and works between Ghent, Berlin and Brussels. Miet Warlop holds a master degree in Multimedial Arts from KASK, Ghent. For her graduation project “Huilend Hert, Aangeschoten Wild”, an ‘inhabited installation’, she won the Franciscus Pycke Jury Award and the residence prize for Young Theatre Work 2004. Since then, she realized many performances and own projects, and was also responsible for the set design for performances by Pieter Genard, Raven Ruëll, DitoDito-Jef Lambrecht, KVS (Brussels), arts centre Vooruit (Ghent) and Les Ballets C de la B (Ghent).

2006 to 2007 Miet Warlop was artist of DE BANK at arts centre CAMPO in Ghent, where she was working on her series of "Propositions", called “Grote Hoop / Berg”. Miet Warlop moved to Berlin for three years, to concentrate on her visual work and prepare a new piece called “Mystery Magnet”, which premiered at Kunstenfestivaldesarts in Brussels in 2012. “Mystery Magnet” won the “Stückemarkt Theatertreffen”-prize at the Berliner Festspiele for new forms of theatre and has played more than 100 times all over the world.
2012-2016 Miet Warlop was artist in residence at the Beursschouwburg in Brussels. She explored different forms and aesthetics, both in visual arts as in a theatre context (Baltic Triennial Vilnius, Hebbel am Ufer Berlin, Lisson Gallery London). In 2014 Miet Warlop started her own legal structure “Irene Wool” and presented her first production “Dragging the Bone”, a solo performance on a sculpted planet, premiered at Beursschouwburg Brussels. In 2015, Art Gallery Barbican London asked her for a performance in the project “Station to Station” hosted by Doug Aitken, and she opened her first solo exhibition project in KIOSK gallery Ghent titled “Crumbling Down the Circle of my Iconoclasm”. In 2016 a new big piece for the stage was made, “Fruits of Labor”, a deep night music performance functioning as a painkiller for the world (premiered at Kunstenfestivaldesarts 2016).
In 2017, she showed some of her “Nervous Pictures” together with the Trisha Brown Company and Guy de Cointet at KW – Kunstwerke Berlin, opened Art Institute Vooruit in Ghent with her monumental performance “Amusement Park” and in Brussels the Yves Klein exhibition at BOZAR. In April 2018, Miet Warlop premiered “Big Bears Cry Too”, a show for all ages, at HETPALEIS Antwerpen.
Festival Actoral Marseille invited Miet Warlop to collaborate with author and curator Raimundas Malasauskas for “L’Objet des Mots”, which results in a new project “Ghost Writer and the Broken Hand Break” – a production that will premiere in September 2018 at NTGent.