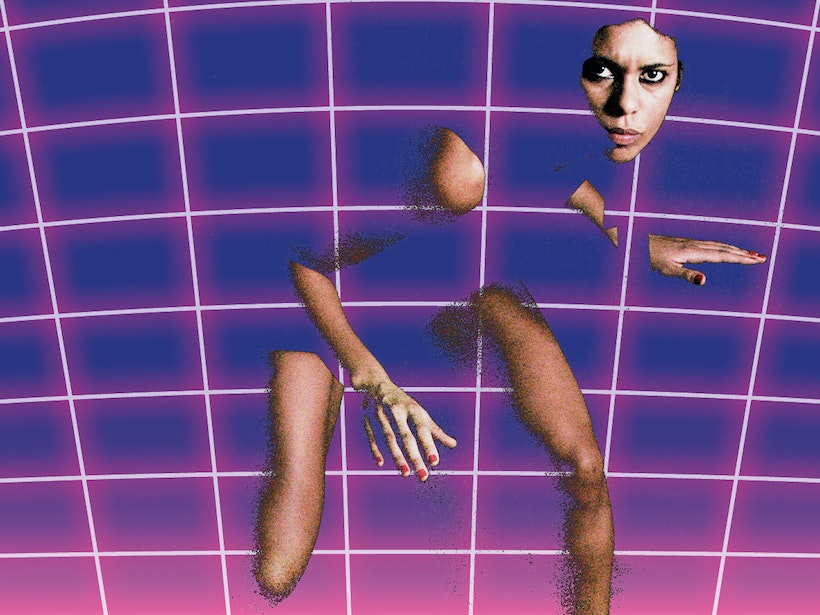 NTGent
After the success of 'Killjoy Quiz' Luanda Casella, house director at NTGent, creates a new solo performance. She now takes us to the world of 'Ferox Tempus', a world in which the terror of ecological collapse has fully manifested itself.

✔ ENG spoken
✔ DUTCH surtitles
✔ Thanks to our Theatre Tablet you can also enjoy:

"WITH THE HELP OF DEPECHE MODE AND AEROBICS, LUANDA CASELLA LOOKS FOR A WAY OUT OF CLIMATE DEPRESSION"

In the world of Ferox Tempus cities have sunk, billions of people have perished, and the survivors of the neoliberal culture cling to the ruins of civilisation. The character, Lua, played by Luanda Casella, is on a journey through this world. Along the way, she encounters extreme weather conditions, treks through mountains of mud and engages in sabotage inside a billionaire bunker.

In the fall of 2021, Casella’s Killjoy Quiz  premiered, an equally witty and thoughtful wake-up call about the violence of language and the persistence of prejudice, sexism and patriarchy.

While Killjoy Quiz  shines in the form of a TV quiz, Ferox Tempus  plays with the format of a computer game. The show floats on a dual scenario: a layered game of survival situated in 2062 and the character's world (1983).


In the 80’s the ecological collapse of the world was a big topic of Sci-Fi novels, while in reality the exploitation of the planet was expanding to fulfil the neoliberal needs of society, the raise of technology and individualism.

The main character Lua is part of a psychological research taking place at a rehabilitation facility. Guided by the voice of an omniscient narrator, Lua is being trained to use the skills, weapons and powers she will need to move through game levels in the dystopian environment of Ferox Tempus. Where will the game lead her to? How will this game end?

The futuristic sound scores of Ferox Tempus (mixing catastrophic weather reports with the synthesiser sounds of the 80s) addresses political, theoretical and fictional content related to the rise of neoliberalism and the beginning of this end-of-the-world game. Terror at its best! 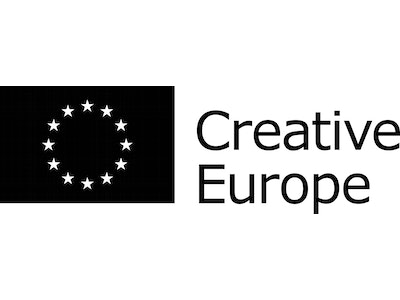 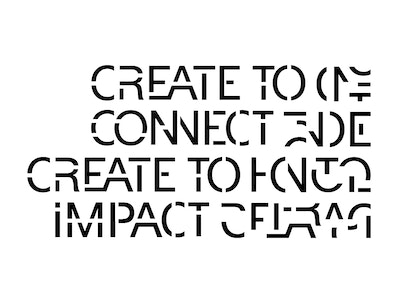 ✔ ENG spoken
✔ DUTCH surtitles
✔ Thanks to our Theatre Tablet you can also enjoy: 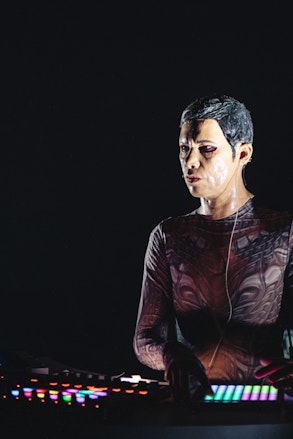 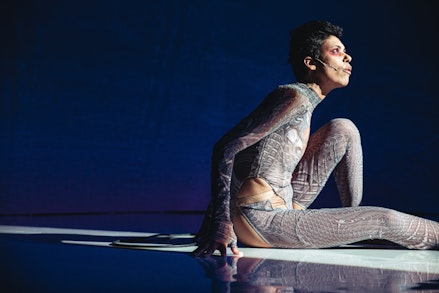 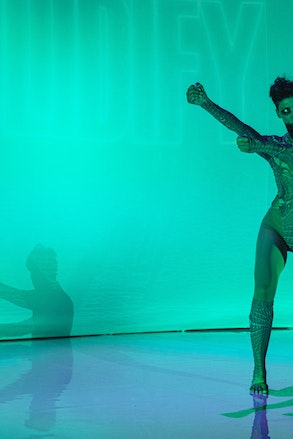 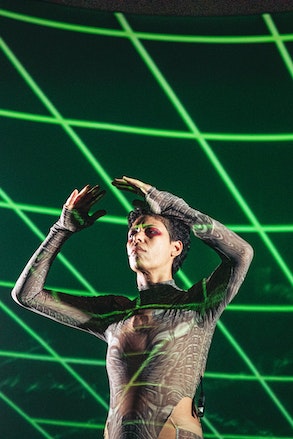 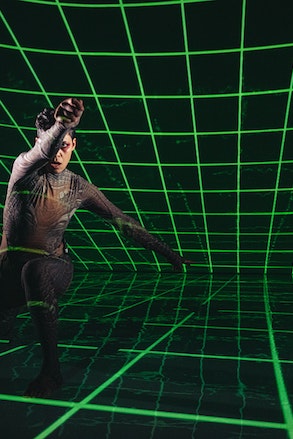 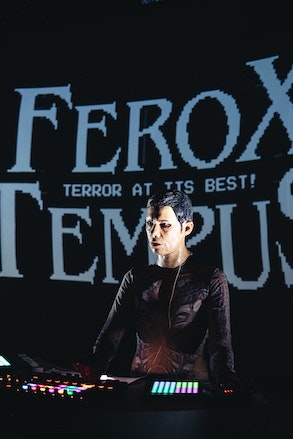 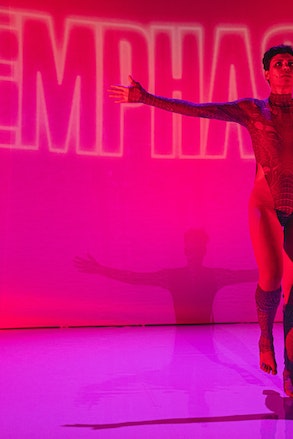 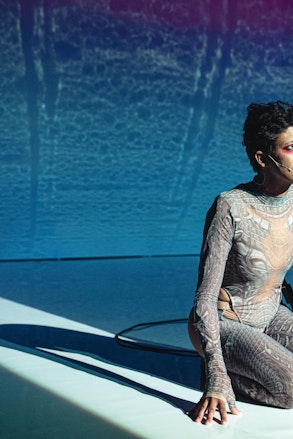 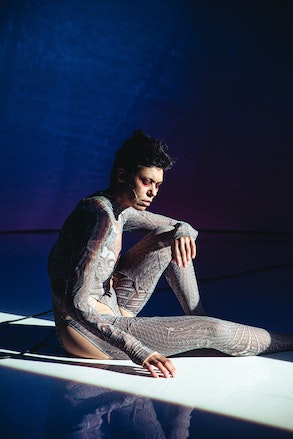 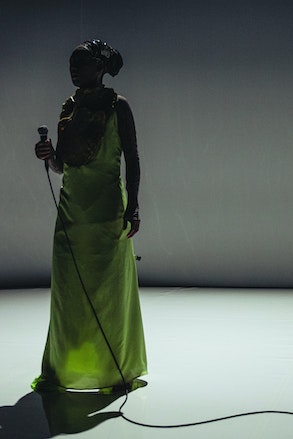 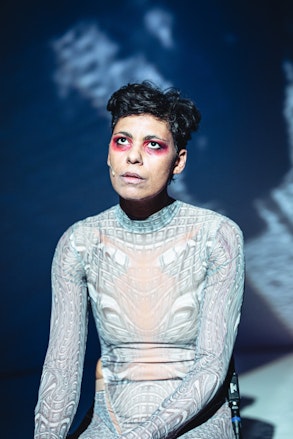 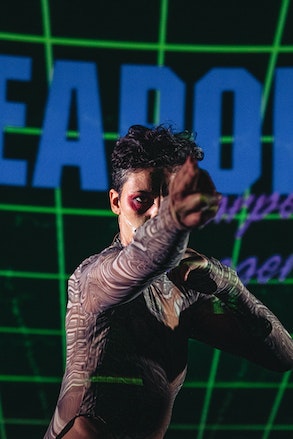 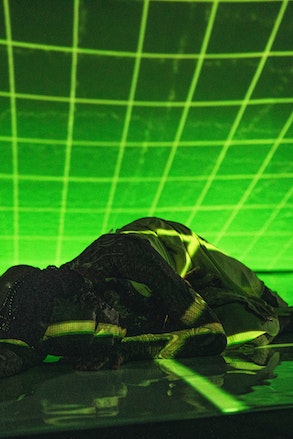