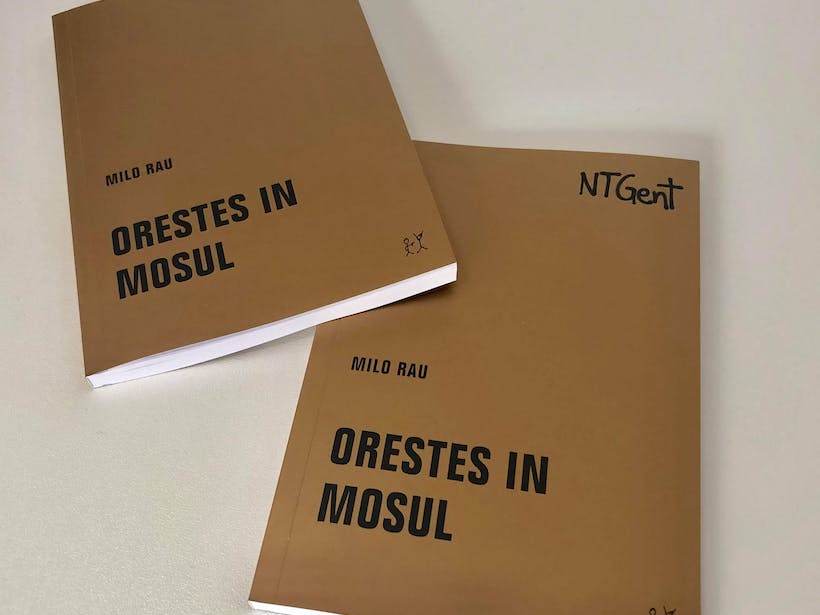 Order your copy of 'Orestes in Mosul' here.

Orestes in Mosul is the third volume in the series of Golden Books. It was published in April 2019 for the European premiere of Milo Rau’s theatre production. The volume gathers material and original texts as well as background interviews about the production that has been created with actors from Europe and Iraq and with rehearsals and a pre-premiere in the city of Mosul.

What happens if a theatre group from Belgium goes to Mosul? How can a classic be actualized? And what can we learn from the suffering and the resistence of the population in Mosul under ISIS? This book offers an insight into the production, the research and the characters involved: the making of Orestes in Mosul.

- For sale at our ticket office: 10 euro

Order your copy of 'Orestes in Mosul' here.