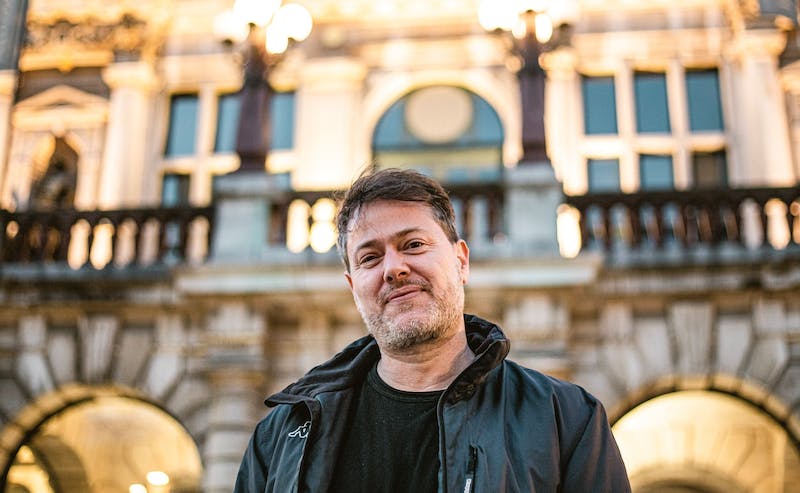 | 22 June 2022
With the performance of the internationally acclaimed play ‘La Reprise’, four film screenings under the title ‘Activism & Intimacy’, a masterclass and a series of talks, the upcoming 2022 edition of the Venice Biennale Teatro hosts a retrospective on the work of Swiss theatre and film director Milo Rau. 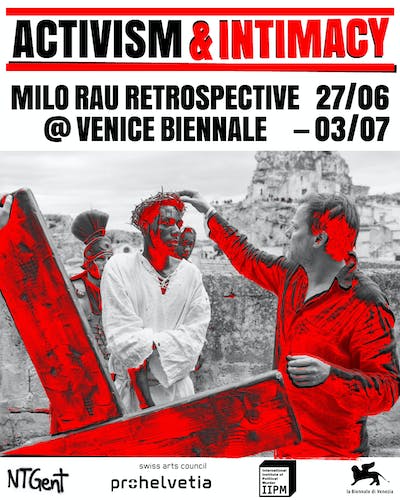 Shortly after NTGent presented its brand new season 22-23, showcasing the work of over 60 theatre makers from Belgium and far beyond, the Belgian city theatre is proud to announce the extension of its collaboration with Milo Rau. The Swiss director, writer and filmmaker, known by critics as one of the most interesting and ambitious artists of his time, started his artistic leadership at NTGent in 2018. Rau recently signed a new contract to extend this collaboration until the end of 2026.

Starting from 27 June at the Biennale Teatro, Rau and NTGent look back at their first successful period of collaboration with not only the live performance of the “extraordinary powerful” play La Reprise, but also the screening of three films Rau made in his NTGent-years (full program below). The New Gospel is one of them, it is Milo Rau’s modern version of the gospel featuring the Cameroonian activist Yvan Sagnet as the first black Jesus in European history. The film, shot entirely in the Italian village of Matera, premiered at Venice Film Festival and was a. o. elected Swiss Documentary of the Year (2021). 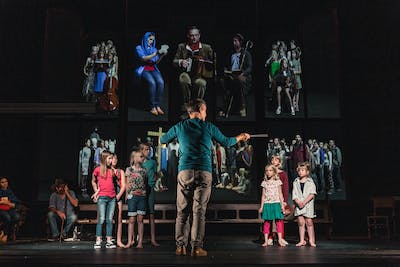 With the appointment of Rau as artistic leader, NTGent “rose from his ashes like a phoenix”, critics wrote in the Belgian press in 2018. Rau’s very first creation in Ghent, the play Lam Gods, both shocked and rejoiced public and press. The play, an evocation of the famous altarpiece by Flemish master Jan Van Eyck, was labelled as “an instant classic”. Rau brought a radical new approach to NTGent, the main principals being printed in a manifesto  that until today dominates not only the entrance halls of the three venues of NTGent, but also the artistic practices of the theatre.

During his first period as artistic leader at NTGent, the ambition and pronounced artistic vision of Rau resulted in the premiere of in total 7 plays (Lam Gods, Compassie, La Reprise, Orestes in Mosul, Familie, Grief & Beauty, The Interrogation) and 3 films (Orestes in Mosul – The Making Of, Familie and The New Gospel). But also the rise of an ongoing debate series bringing together artists, activists and academics from all over the world (School of Resistance), the publication of 6 Golden Books, the birth of the ongoing prestigious theatre series Histoire(s) du Théâtre - premiering four shows in four years at Festival D’Avignon, and the creation together with UNESCO of a Film Lab in the war-thorn city of Mosul.